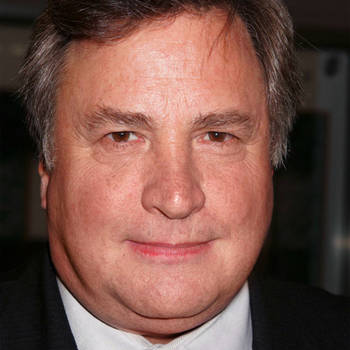 Article from The Bakersfield Californian; Written by Steven Mayer

Political author and Fox News commentator Dick Morris is known for his bold predictions -- and he didn't disappoint during a stop in Bakersfield Thursday night.

"It's not going to be close," Morris said.

The former political strategist, who has worked in the camps of both Democrats and Republicans over his long, sometimes checkered career, spoke at a fundraiser organized by Kern Citizens for Sustainable Government, a local group seeking to effect conservative changes at every level of government.

Held at the palatial home of Mike and Cathi Stier, the $500-per-couple event included a catered dinner served around a beautiful pool in the couple's back yard.

Before introducing Morris, Kern Citizens board member John Paul Lake asked those present to continue to support the organization's efforts to bring about change.

"It's about being informed," Lake said. "And it's about speaking up."

Morris, who worked as a Republican strategist before he joined the political campaign of President Bill Clinton in the 1990s, is now clearly back on the GOP's side of the fence.

Not only did he predict a Romney victory, he predicted a Republican landslide that would result in GOP control of both houses of Congress.

"There's a certain lack of enthusiasm for Obama that I think permeates the Democratic base," Morris observed.

"The tide is just running out on Obama."

Of course, history has shown that predicting the outcome of a presidential election nearly five months before Election Day is akin to dancing in a minefield.

Nevertheless, Morris' experience as a high-level political strategist gives him a measure of cred on the mean streets of national politics. And on Thursday, he was definitely in friendly territory, with the Bakersfield Country Club golf course visible on the other side of the backyard fence.

During his talk, Morris tackled a wide array of topics, including the economy, immigration, the recent Wisconsin recall election and education reform.

He spoke about oil drilling off the coast of California (He's all for it.) and about taxation (He's mostly against it.).

He lauded the enormous progress toward energy independence the country is currently making, but he gave the credit to former President George W. Bush, not Obama.

"The United States will be the new Saudi Arabia," he predicted. And when that happens, the global influence of oil-producing countries in the Middle East will be shattered, he said.

Switching gears yet again, Morris told the crowd he is concerned that America's fight against Islamic terrorism is becoming severly compromised as intelligence sources are drying up. Why? "Because Obama is killing them instead of capturing them."

It may have been the first time anyone has heard a prominent Republican complain about special forces units and drones taking out suspected terrorists.

Agree or disagree with his politics, one thing was clear Thursday night: Morris is not boring.

"He's a smart guy who's played on both sides," Turnipseed said. "He has a great vision about what is really going on in America."

For information on how to book Dick Morris for your next event, visit PremiereSpeakers.com/Dick_Morris.

Want Dick Morris for your next event?

The U.S. District Court decision striking down New York City's stop and frisk law may condemn the nation's largest city to a return to the days of crime and mayhem which preceded the administration of Mayor Rudy Giuliani. Since 1992, the number of homicides in the Big Apple has dropped from almost 2,000 a year to about 400. The ability to stop...
Read More

Article from The Bakersfield Californian; Written by Steven Mayer Political author and Fox News commentator Dick Morris is known for his bold predictions -- and he didn't disappoint during a stop in Bakersfield Thursday night. Presumed Republican presidential nominee Mitt Romney, Morris told a crowd of more than 200, is going to "demolish" Pre...
Read More

For information on how to book Dick Morris for your next event, visitPremiereSpeakers.com/dick_morris.
Read More

Is President Obama's momentum slowing down? Political strategist Dick Morris was asked this by Sean Hannity on Fox News' Hannity. Morris, a former advisor of President Bill Clinton and author of the best-selling book Catastrophe, interprets a new poll that says that Obama's approval rating has dipped below 50 percent for the first time. Watch ...
Read More

Is health care eroding President Obama's support with the Democrat Party's base? Dick Morris thinks so. He stopped by The O'Reilly Factor to explain why. Dick Morris is a renowned political strategist and author who's latest book is Catastrophe. For information on how to bring him to your next event, visit www.premierec...
Read More

VIDEO: The Cost of Climate Change

Cap and trade would cause some people's utility bills to double. So says political consultant Dick Morris. On Friday the U.S. House of Representatives passed the Waxman-Markey bill, which would attempt to tackle climate change, but some are concerned about the bill's emissions trading (i.e. cap and trade) provisions. Here what Morris said about...
Read More

Is Obama 'Dressing Up Socialism'?

Socialism is coming, warns Dick Morris. The Republican strategist wrote on DickMorris.com that President Obama's plan to convert government stock in the country's banks from preferred stock to common stock would result in the federal government have a controlling voice these banks. "And whoever controls the banks controls the credit and, theref...
Read More

Published on TheHill.com on Tuesday February 17, 2009 It's rare to criticize a politician for being all action and no talk, but that's one of the big things that's wrong with Obama's battle against the economic crisis. One of the key variants in any stage of the economic cycle is what the president says is happening. If he talks down the econom...
Read More