Keeping the Pulse of the National Public Opinion 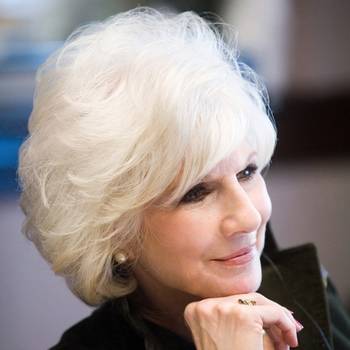 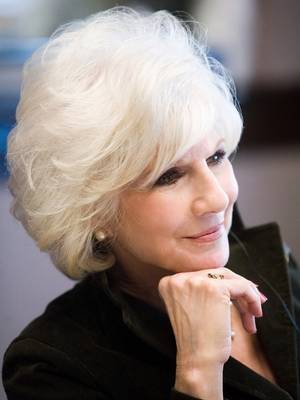 When the nation's leading policy makers and journalists want to check the pulse of the national public opinion, they tune in to The Diane Rehm Show. It is broadcast live from WAMU-FM in Washington D.C. from 10 a.m. until noon, and transmitted to 110 National Public Radio affiliates across America. It can also be heard in Europe and Japan via satellite.

Rehm, a native Washingtonian, has been credited with setting a new tone for talk radio. For 27 years, she has carved out a civilized niche for herself in the talk show jungle where many hosts bait guests and inflame audiences to secure higher ratings. With her signature voice and an interviewing style that stresses listening and drawing guests out over provocation, Rehm is able to accomplish what she feels should be the ultimate aim of talk radio; the facilitation of rational dialogue that helps to illuminate the issues at hand so listeners can make up their own minds about them. "The program allows people to have a genuine conversation," says Rehm. "We're not here to make people laugh or ridicule or deride them."

Newsweek describes The Diane Rehm Show as one of the most interesting talk programs in the country. Her guests have included some of the leading authors, artists, and politicians of our day -- Bill Clinton, Jimmy Carter, Hillary Clinton, Al Gore, Barak Obama, Colin Powell, Elie Wiesel, Desmond Tutu, Salman Rushdie, Maya Angelou, Maureen O'Hara, and countless others. Rehm's radio style, genteel but firm, seems to parallel her approach to life.

Born to Arab immigrant parents, Rehm is a self-made woman who began as secretary and, at age 36, entered the world of radio as a volunteer at WAMU. On her first day, she and the station manager filled in for an ailing morning show host, Irma Aandahl. Diane Rehm's talent for talk was immediately apparent. Following a stint as a medical reporter, she worked her way up to producer. When Irma Aandahl left, Rehm became the morning show host at WAMU. She's been weaving her magic ever since. In June 1996, Diane Rehm became the first broadcast journalist ever to win the Betty Furness Media Service Award from the Consumer Federation of America, and the 1995 Radio Leadership Award from The American Women in Radio and Television (Washington D.C. Chapter).

A significant landmark in Rehm's life and career occurred in June 1998, when she was diagnosed with spasmodic dysphonia, a neurological condition which had caused her speech to become strained and difficult. She wrote several articles and produced a program about the little-known disorder and was awarded a Communication Award for her efforts by the National Council on Communicative Disorders and a Media Award from the Maryland Speech-Hearing-Language Association.

Rehm is a fellow of the Society of Professional Journalists and is on the McDaniel College (Westminster, Maryland) Board of Trustees. In 2006 Rehm was named one of Washington's 100 Most Powerful Women by Washingtonian Magazine. Her memoir, "Finding My Voice," was published in August 1999 by Knopf. "Toward Commitment" is a book about marriage she co-authored with her husband of 47 years, John B. Rehm. It was published in 2002 by Knopf.