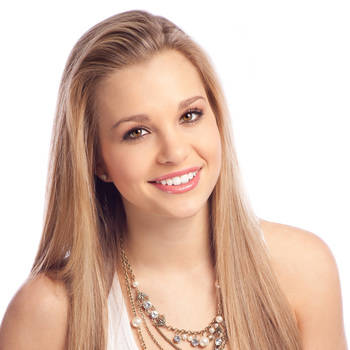 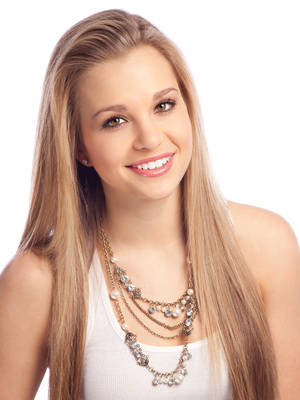 19-year-old Danielle Doty, from Harlingen, Texas, won the crown at the 2011 MISS TEEN USA Competition on July 16, 2011 at Atlantis, Paradise Island in the Bahamas. This vivacious teen impressed the panel of judges in swimsuit, evening gown and interview.

Raised in Harlingen, Texas with her parents and older brother Dylan, Danielle had a love for beauty pageants from an early age, and even participated in a number of Junior Teen pageants. She decided to compete in the Miss USA pageant system, winning the regional, state, and finally, national title her first try. "I enjoyed competing and found it was a great way to build confidence, gain communication skills and make lifelong friends along the way," says Danielle.

Following her win, Danielle moved to New York City to take advantage of her scholarship at New York Film Academy and fulfill her duties as Miss Teen USA. When she's not in class, Danielle is busy serving as a spokeswoman for teen issues and traveling nationwide as an advocate for organizations such as D.A.R.E, Best Buddies, Project Sunshine, Girl Talk, Reach Out and Read, and Same Sky Trade Initiative. She has also been featured in two issues of Seventeen Magazine and has made guest appearances at notable events such as Glamour's "Women Of The Year" Awards, The People's Choice Awards, and 2012 Shorty Awards. She also traveled throughout Germany in March with Miss Universe and Miss USA on a USO Entertainment Tour spreading good cheer to troops and military families.

More than just a beauty queen, Danielle excelled academically and graduated Harlingen High School South ranking eighth in her class of 404 students and making the honor roll every semester. She was able to juggle her academics with a busy extracurricular schedule, and was named a UCA All American Cheerleader. Following her reign, Danielle plans to further her education and continue to pursue her dream of working as a broadcaster for a national television network.