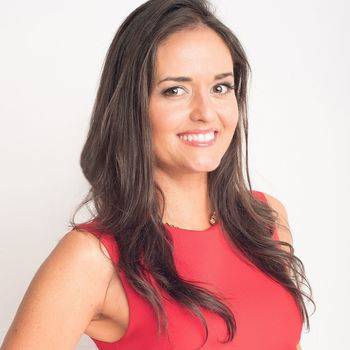 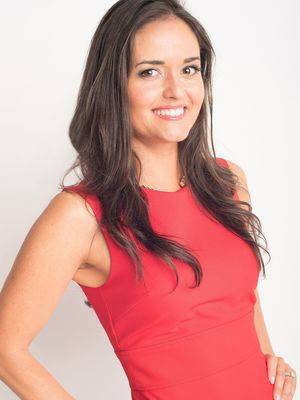 Danica McKellar was first introduced to us as "Winnie Cooper" on the iconic television classic THE WONDER YEARS. She has since appeared on many shows including hit series THE WEST WING and THE BIG BANG THEORY and millions now tune in regularly to her Hallmark Channel movies. Danica is also a New York Times bestselling author with her groundbreaking math books, including Math Doesn't Suck and Kiss My Math, which teaches tweens and teens how to master tough mathematical concepts. Her series of children's books include titles Goodnight Numbers, Bathtime Mathtime, Ten Magic Butterflies, and her latest, Do Not Open This Math Book.

Danica graduated summa cum laude from UCLA earning a Bachelor of Science degree in mathematics while also contributing original research. She co-authored a paper in the field of statistical mechanics titled "Percolation and Gibbs States Multiplicity for Ferromagnetic Ashkin-Teller Models on Z2" which she presented at the 87th biannual Statistical Mechanics conference at Rutgers University. The theorem, since dubbed "The Chayes-McKellar-Winn Theorem," was published in Britain's esteemed Journal of Physics, and has been featured on the front page of the Science section of The New York Times. Danica is the recipient UCLA's Educational Pioneers Award and Award for Graduate Achievement, and the Communications Award from the Joint Policy Board for Mathematics, which includes the American Mathematical Society and the Mathematical Association of America. She testified before a Congressional subcommittee about the importance of women in math and science. Danica was named "Person of the Week" by ABC World News for tackling math education and simultaneously breaking the stereotype of the "math nerd" with her highly entertaining and illuminating books. This past September, Danica received the unique honor of being chosen to read her bestselling children's book Goodnight Numbers at the Library of Congress.

Danica voices the roles of "Frost" on DC SUPER HERO GIRLS and "Miss Martian" on YOUNG JUSTICE, both long-running series on Cartoon Network. She produced her own show, MATH BITES, on YouTube's Nerdist Channel.

Danica wowed viewers with her movement and technique on Season 18 of DANCING WITH THE STARS (ABC) making her way to the quarterfinals.

In addition to acting and writing, Danica is a television producer and public speaker.
Find Danica and get her latest news on Instagram, Twitter and Facebook @danicamckellar.