Here's How to Actually Make Positive Changes in Your Life 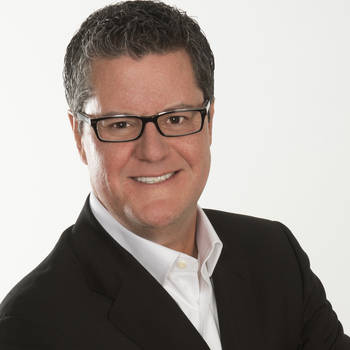 Empowering Individuals and Organizations to Write New Scripts for Their Lives and Their Work.

Are you ready for the most important question you'll ever answer? Here goes:

If you feel a little twinge of guilt when you hear this question, join the club: Everyone has something in their life they would like to improve on or change. It's part of being human.

But not everyone has learned to move past the guilt and into action. Are you ready to be one of the few?

Whether the life you want to live involves a major career change or just giving yourself more time in the morning to actually sit down and eat breakfast, I guarantee the same thing is holding you back: It's your SCRIPT.

In my keynote, I talk about new scripts and old scripts. Old scripts pin us down in the past and make us believe that we can neither enjoy life as it is now nor obtain the life we want in the future. New scripts are the thoughts in our head that we want to believe. They make us grateful for what we have now and ambitious for what's to come.

I know for a fact that writing a new script in your head is the KEY to making positive change in your life. But sometimes, there are blocks in the way. Here are the most common ones I hear--and how you can move them out of your way.

Did you know that Ray Kroc was selling milkshake machines at 52 years of age when he made a change and officially started McDonald's? He's not the only one--Julia Child released her first cookbook when she was 50. And get this: Grandma Moses didn't start painting until she was 78!

If you're still breathing, it's not too late. I promise.

I wasn't born knowing how to juggle five balls, and you can't expect yourself to be good at something that you haven't put at least 10,000 hours into practicing. Passion supersedes natural ability every single time, which is to say that the person who has more passion for their dream will be more likely to achieve it than the person with natural giftings who doesn't do anything about it.

I get it: Making a change is uncomfortable--and trying something new that you're not a master of feels vulnerable! But don't let that stop you from going after your dreams. You might not get it right the first time, or even the second or third. But remember, you're not allowed to stop until you've tried 5,000 times.

Block 3: I don't have enough time.

We all have the same 24 hours in the day: You, me, Michael Phelps, Elon Musk and Oprah Winfrey. While it may be true that your life is too full right now to make the positive change you want to make, it's not true that you don't have enough time.

The script of your life is in your hands, and you can make cuts to create more space. And it can start simple: Try waking up five minutes earlier each day. What can you accomplish towards your goals with those extra minutes?

Block 4: It's too overwhelming.

When you think about all the things you'd have to do to go after your dream, it just makes you feel tired. The to-do list you'd have to complete is long and the journey from here to there is even longer. But guess what? You can start small. Try changing just one thing in your daily routine to practice. Turn off the television 20 minutes sooner, pack your lunch or talk to a co-worker you've never spoken to before. Once you are able to make those small, daily changes, you will have exercised your change muscle so that you can move the big boulders.

And remember: change isn’t immediate. It happens step-by-step, word-by-word and minute by minute. What step will you take today?

The post Here’s How to Actually Make Positive Changes in Your Life appeared first on Curtis Zimmerman.

Want Curtis Zimmerman for your next event?

How A Band Is Bringing Hope, Confidence and Community to Teens Around the World

5-Star Hospitality Secrets from the Best in the Business

Recently Promoted? How to Create A Legendary Leadership Strategy

How A Band Is Bringing Hope, Confidence and Community to Teens Around the World

Photo credit: Sam Greenhill Anxiety and depression is a growing crisis for young people. I've spoken at new student orientations at colleges for a number of years, and recently, the lines have been longer than ever--and each line represents stories of young people struggling with suicidal thoughts, cutting, or friends struggling with those thing...
Read More

5-Star Hospitality Secrets from the Best in the Business

As an inspirational speaker, I spend a lot of time on the road and in hotels. I've stayed in the Ritz Carlton, and I've stayed in a Motel 6. I've had room service brought to me on a silver platter, and I've kept the lights on while I slept to keep the cockroaches at bay. Mostly, though, I've had a lot of experiences in the middle, and I've also ...
Read More

Recently Promoted? How to Create A Legendary Leadership Strategy

If you recently got a promotion and are now in charge of a team (or a larger team) of people, your whole mindset for how and why you work has to evolve. Why? Let's back up. To get this promotion, I know you've had to be a super achiever. You've had to stay late. You've had to win salesman of the year. You’ve had to make connections. But what go...
Read More

We've all heard the statistic that something like 80% of New Year's resolutions fail, and that most people have petered off in their habit of to the gym or eating paleo by mid-February. Psychologists have researched the factors behind this phenomenon. and self-help authors pontificate on how to set resolutions that you can actually follow-throug...
Read More

How to Set Goals that You'll Actually Achieve

As a new year and a new decade begin, many of us are setting goals and trying to get our lives on track (or back on track.) And for most of us, those goals fall by the wayside all too quickly. Sound familiar? I’ve been setting goals for over 30 years, and I’ve learned a number of things that keep me going even when I drop the ball. So, on episo...
Read More

Your customers are trying to talk to you. Are you listening?

Attention, managers and leaders: Your customers are trying to talk to you. Are you listening? Customer feedback is the most powerful insight you'll get on your business, and how you respond to it will determine the trajectory of your brand perception. It's more powerful than any marketing effort you ever do! Tune into episode #37 of The Next 2...
Read More

Stop Working for the Weekend, and Start Living Your Life.

Working for the weekend? You owe it to yourself to enjoy your work. Here are the new mindset shifts you need to get there. There's a popular song from the 1980s called "Working for the Weekend." You've probably heard it before--it's a catchy, popular tune, and if you wanted to, you could probably hum it to yourself right now. Just so we're...
Read More

I'm an Inspirational Speaker and I Don't Believe in Self-Help.

While self-help may be a good starting place for personal growth, it's a terrible destination. Here's why. As an inspirational speaker and best-selling author, I've often been categorized in the genre "self-help." And I have to be honest with you: I've never liked that term. But this isn't just personal preference: I believe a "self-...
Read More

I've Been Diagnosed with Celiac Disease. Now What?

So.You just got diagnosed with celiac disease, and your head is spinning. What about pizza? What about sharing a birthday cake with your family? And what about beer? I know that the foods you have to give up feel like major losses and like your new diet will change your lifestyle more than you want it to. But at the end of the day, you hav...
Read More