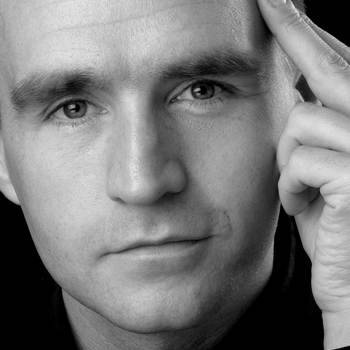 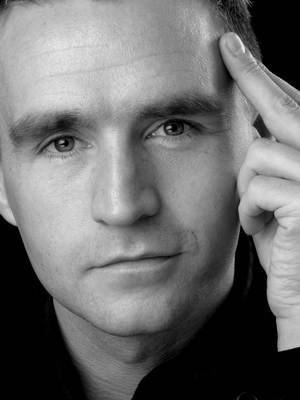 Are the decisions that I am taking the right decisions to get me to where I want to go?

Your answer to this question will have a direct impact on the success that you are experiencing in life. Caspar Berry, a professional motivational and keynote speaker, is passionate about helping audiences to answer this question, and teaching them how to use the discovery to propel themselves to higher levels of success.

Each of Caspar's presentations are uplifting, funny, thought-provoking and stimulating. Audiences love the entertainment, and walk away with new ideas that they can use to improve their lives.
His key messages revolve around the need to embrace uncertainty and take calculated risks in order to get the edge and achieve success. These messages are timeless and can be applied to any industry, making them perfect for any training day or conference. He is a catalyst for change and his famously upbeat, energetic style is always inspirational.

Caspar, 40, started his career while still a teenager as the lead in one of BBC1's flagship television programs of the 1990s. He went on to be a prolific theatre director at Cambridge University and by the time he was 23, Caspar was writing for Miramax and Columbia Tri Star. Then at 25, he took the decision that would dramatically change his life: he moved to Las Vegas and became a professional poker player!

Caspar played poker professionally for most of the next 3 years of his life in Las Vegas, during which time he made a good living pitting his wits against some of the game's best known players. It was in this period that he also learned many of the key messages that he now imparts to businesses around the world today.

In 2002, Caspar returned to the U.K., co-founding Twenty First Century Media and building it into the fastest growing audio visual media company in the North East of England before selling it in 2008 to Bob Geldof's media giant, Ten Alps. It was while still at the helm of Twenty First Century Media that he began his career as a speaker and catalyst for new thinking within business about risk-taking and decision-making using his experience as a poker player to explain how we all make decisions in our personal and professional lives.

Highlights:
Professional film writer for BBC, Channel 4, Miramax and Columbia Tri Star
Co-founded Twenty First Century Media and built it into the fastest growing audio visual media company in the North East of England
Hosted over 400 television shows on SKY television
One of the two poker advisors on the James Bond Movie, Casino Royale.
Speaker at over 1,500 events in over 30 countries for over 300 clients.

For the last 10 years, Caspar has been a professional motivational and keynote speaker during which time he has delivered over 1,500 speeches for over 300 great companies in Europe, America and Asia including ASDA Walmart, Western Union, FCm, BT, Deutsche Bank, AON, Hiscox, KPMG, BA, AIA, P and G and HP.

- "Risk & Decision Making" A fast-paced, funny, and thought provoking presentation that sheds light on the decision making process
- "Luck & Uncertainty" An uplifting and stimulating journey that demonstrates the advantages of embracing uncertainty and empowering audiences in all areas of their lives.
- "Innovation" A motivating presentation which looks at how people overcome obstacles, learn, and change anything in their businesses and lives, to really make a diference.
- "Leadership & Change" An empowering speech which provides audiences with the mindset to have the courage to step up and the tools to get others to do the same.
- "Judgement & Intuition" A fun, insightful look at how instincts and logical analysis can be used together, in order to make better decisions in the future.

What People Have Said:
"Brilliant, intelligent messages delivered with passion and knowledge. The best talk from an outside speaker I have ever seen."
- Jon Walsh, Corporate Marketing and Communication Director, Nestle

"Caspar's approach was both innovative and entertaining, and provided all of us with a lot of food for thought on how we view and approach our day to day business!!"
- Scott Barton, CEO, global transaction services division, RBS

"Caspar skilfully delivered a fast paced, humorous yet insightful presentation on people's attitude and approach to risk taking... He adopts a very professional approach to what he does and was flexible on the day in response to some changing requirements."
- Gerry Tominey, Chief Procurement Officer, Associated British Foods