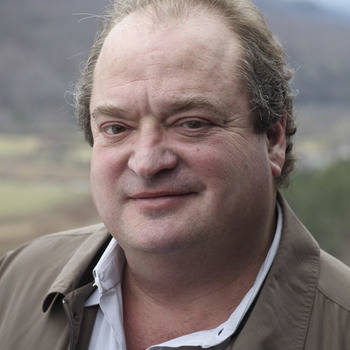 An excerpt from Doing More With Teams: The New Way of Winning (John Wiley and Sons, March 2013) by Bruce Piasecki:

Over the years I've come to realize a truth that has permeated my work for changing corporations, my writings on corporate and social change, and recently every aspect of my life -- from how I run my firm to how I have fun with my family: The team is more powerful than individuals.

In this great world of gain and loss, there is something about teams that expands our experience of being human. Teams extend our wings, in practical, pragmatic and measureable ways. They allow all different types of people to succeed. Those who would not normally be able to succeed on an individual basis can reap the benefits of success and reach peaks they would not be able to climb alone. This is what makes teams magical, and mighty fun to watch mature and succeed.

However, teams do not always work from a positive place. Many teams have a dark side. When these darker impulses are allowed to eclipse the joy in teamwork, great harm results. Evil deeds flourish. People get hurt. (Think here of Enron, Bernie Madoff, and of the Penn State football scandal.)

The Dark Side, Personified

Whereas the Jordan-Pippen-Rodman Chicago Bulls basketball trio exemplifies "good" teamwork, they also stand in stark contrast to the team that surrounded the most celebrated cyclist of all time: Lance Armstrong.

To me, Armstrong's downfall, caused by revelation of his alleged use of illicit performance enhancing drugs, is a striking example of what can go wrong in teams. In October of 2012 one detailed report, published and released by the U.S. Anti-doping Authority, changed the way we think about this most favored athlete. The report called it "a massive doping scheme, more extensive than any previously revealed in professional sports history."

Armstrong has been accused of using blood transfusions, the red blood cell boosters EDO, and large amounts of testosterone to enhance his performance. Twenty-six competitors (including a deliberate mix of direct team mates and the key opposing team riders) verified the claims of doping. In particular, 11 world-class teammates from the Lance Armstrong teams documented how all the doping was centered around and for Lance. Most damning, George Hincapie, Armstrong's closest friend and fellow teammate during each of his seven Tour de France victories, confessed to doping with Armstrong.

Seven Lessons From the Fall

So what went so wrong with Lance Armstrong and his team?

1. Fierce individualism has no place in teams.

We need the shoulder strength of teams to keep us competent.

As leaders, we need to be sure that "the MVP syndrome" is not allowed to define our teams. It is in such situations that workplace ills such as favoritism, sexism and even criminal activity like embezzlement tend to flourish.

2. MVPs must not be allowed to intimidate or to pressure teammates.

The U.S Anti-doping Authority report made it clear that Armstrong was driving the doping culture of his team. It stated, "It was not enough that his teammates give maximum effort on the bike, he also required that they adhere to a doping program outlined for them or be replaced."

Here's what I know: You cannot do more with teams in an atmosphere or intimidation deception, and contract pressures. You cannot ride into victory more than average with that much weight of secrecy on your mind. You cannot make friends victims as you claim victory. This all goes against the magic in teams.

3. We must be careful not to give victors the benefit of the doubt.

"With the help of a small army of enablers, including doping doctors, drug smugglers, and others within and outside the sport and on his own team," Armstrong was allowed to exploit until recently this benefit of the doubt. It took 26 testifying at once to serve as counterweight to the counterfeit of Armstrong's claims.

4. Ceaseless victory is a fantasy.

Teams must keep a healthy sense of perspective. Lance Armstrong became a larger than life figure because he kept winning races. (Indeed, he won his race against his most formidable foe, cancer.) He was addicted to victory -- felt entitled to it, even -- and this is what drove him to drive his team to illicit extremes. In the end it was this addiction (to ceaseless victory, not to drugs) that became his undoing.

I believe if his teammates and owners taught Armstrong where the tolerance of losing is mixed with the pleasure of knowing we have tried our best, he would have proven a more dependable competitor. The great CEOs, the well compensated doctors, the best in hospital administrators, the legendary leaders of colleges are not people known to expect ceaseless victory. They are great competitors because they come to accept that we cannot always win. (Indeed, only through loss can we grow and improve.)

5. Great teams revel in the pleasure of persistence and the sheer thrill of striving.

I posit that once we've accepted that defeat is a part of the journey, there is great fun -- yes, fun -- in knowing that we will stumble and fall from time to time, yet get up, and try again, with some success. Then, and only then, do we free ourselves to feel the pleasure of persistence and the sheer thrill of striving. In the end, all of our training is about the pleasure of accomplishment in teams...

6. What makes teams successful is a sense of commonality, shared values, integrity, and a commitment to one another.

When joining the military, everyone has a crucible, basic training, which really isn't basic at all and is usually the hardest experience to get through. The crucible is something all members have to overcome to be part of the team. They shave all the soldiers' heads to take away their individual designations and rebuild them as team members, reshape their identities into a shared identity.

7. The right "captains" can help us build teams strong enough to withstand the dark side.

Here, of course, in the choosing and nurturing of captains, is where all of the lessons coalesce. It takes a certain type of leader to create not just a loose affiliation of fierce individualists but a true team.

My definition of a captain is someone who can rapidly recognize the key capabilities of their team members. They are able to see the capacity for harm and evil -- a captain would have been able to recognize a Lance Armstrong early on -- and quickly disarm it.

On the other hand, captains recognize the capacity for generosity and quickly put it to use in building up other team members and generating momentum. In this way they build teams that balance the negatives in each member, making a stronger and better core.

Captains also treat their team members with a kind of fierce immediacy, and they achieve team coherence and team integrity in the process. Captains do not take the time to -- what as I heard from several military sources -- "wait for solutions." Instead, "they seek possible solutions and test them on the fly."

In my work I have found that many leaders have the raw material to be captains. Invest in your captains.

Choose them well and use them wisely.

Give them authority to align and make accountable those capable of evil, harm and generosity.

They will bring the results and the profits you are looking for -- and along the way they will empower your people to extend their wings and soar in the magic that only teams can generate.

For information on how to book Bruce Piasecki for your next event, visit PremiereSpeakers.com/Bruce_Piasecki.

Want Bruce Piasecki for your next event?

January 16, 2013
Article from Huffington Post An excerpt from Doing More With Teams: The New Way of Winning ...
Read more

Article from Huffington Post An excerpt from Doing More With Teams: The New Way of Winning (John Wiley and Sons, March 2013) by Bruce Piasecki: Over the years I've come to realize a truth that has permeated my work for changing corporations, my writings on corporate and social change, and recently every aspect of my life -- from how I run my f...
Read More