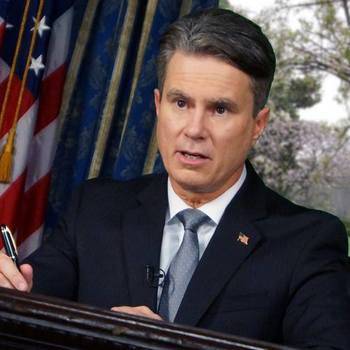 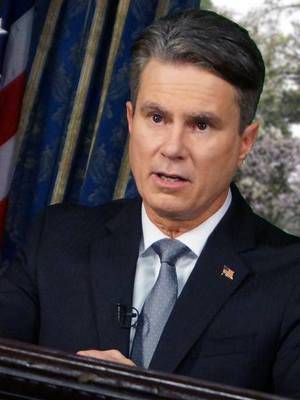 Bill Whittle is a writer, film director, TV editor and instrument-rated pilot. Son of a hotel manager, he was born in New York City in 1959, and grew up in Bermuda and Miami. He attended the University of Florida, where he majored in Theater. While there, he wrote and directed a number of movies, including THE PIGEON HOLE, which went on to become a National Finalist in the Student Academy Award competition.

After college Bill returned to South Florida, where he went on to write and direct a number of short films, industrials, commercials and a (never-released) low-budget feature.

In 1993 Bill returned to Gainesville, Florida, where he wrote, directed, produced and performed in GRAZING, a sketch comedy ensemble show. He did several years of video production for the University of Florida Gator Football team, and also delivered three years of computer animation for UF's highly acclaimed homecoming show, GATOR GROWL. Upon his return to Los Angeles in 1997, Bill edited numerous specials and TV series for The Discovery Channel, the History Channel, AMC and many more.

In December of 2002, Bill began his current trajectory with the launch of his weblog, EJECT! EJECT! EJECT! With a year he had shot to the top of the conservative blogosphere with his unique, in-depth essays such as FREEDOM, COURAGE and TRIBES. These essays were compiled into his first book, SILENT AMERICA: ESSAYS FROM A DEMOCRACY AT WAR in 2005.
Based on his writing history and TV production skills, Bill was hired by PJTV in September of 2008. During his tenure at PJTV, Bill has hosted AFTERBURNER, NATIONAL SECURITY REVIEW, MIDDLE EAST UPDATE, and co-hosted TRIFECTA and KLAVAN, WHITTLE AND YOU. One of his AFTERBURNER segments on You Tube - THREE AND A HALF DAYS -- has, to date, generated 2,300,000 views. During the last three years Bill was also a featured speaker at large Tea Party rallies as well as performing for smaller audiences and lectured at several universities; he continues to be widely in demand as a speaker at conservative events all across the country.

Since September of 2010 Bill has been independently producing both written and video content. His FIREWALL segments have been seen by millions, and his WHAT WE BELIEVE series on Conservatism has been widely hailed as a complete civics lesson in seven segments. Starting in February 2013, Bill has begun a new format for his video commentary by speaking as the 'Virtual President of the United States,' providing the direct, common-sense answers to today's toughest issues in a manner that a conservative President, such as Ronald Reagan, would employ.
On YouTube, 'BillWhittleChannel' has over 24,000 subscribers and over 4,000,000 total views (his YouTube views on Pajamasmedia have an additional 6,000,000 total views.) His Facebook page has 25,000 fans and is growing daily.