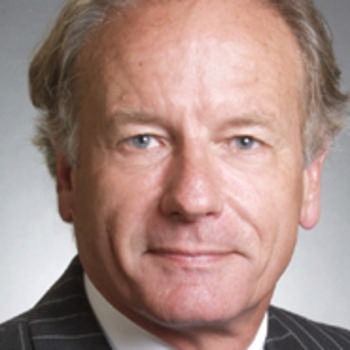 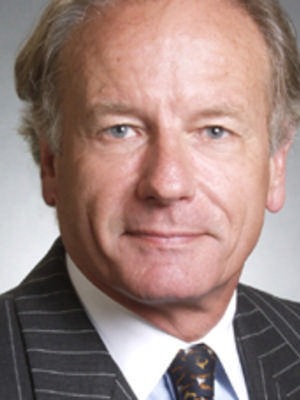 Thirteen years ago Bill Shipman invited 25 people to Boston to discuss an issue most participants had rarely considered, Social Security. The participants were responsible for the retirement plans of the largest corporations and state pension funds in America. The four-hour session was led by the Commissioner of Social Security who served under Presidents Reagan and Bush (41).

The next year, 1994, the Commissioner asked Shipman to testify to Congress and offer his views on Social Security. In October Bill Shipman testified that the Social Security system, however compassionate in intent, was fundamentally flawed in design and financially unsustainable. He suggested that the country consider reforming the system from a tax-based to a market-based structure wherein individuals save and invest for their retirement needs.

Shipman's comments were observed by the Cato Institute, one of Washington's prominent think tanks. The following year Cato requested that he write a paper to be published by Cato and asked him to be the co-chairman of Cato's Project on Social Security Choice.

In 1996 Bill Shipman co-authored "Promises to Keep: Saving Social Security's Dream" which was modeled after his 1994 testimony. The importance of "Promises" is that it was written by two people from the financial services industry, the industry that would play a pivotal role in Social Security's fundamental reform.

Within a couple of years there was another meeting, much smaller, just a handful people. They discussed reforming Social Security along the lines of a defined contribution plan with personal property rights. This was an important gathering because one of the participants moved on and became the President of the United States.

When then Governor Bush campaigned for the presidency he promoted Social Security reform. This was unusual. Most politicians avoided the subject for the political risks were considered too high. Bush saw it differently. He promised that if elected, he would appoint a commission to provide answers for reform, and he did.

During the 2004 campaign President Bush again ran on Social Security reform as did more candidates for Congress. All prevailed except for one Senate candidate.

In his State of the Union Address in January, 2005 President Bush devoted about twenty percent of his speech to Social Security. Providing this amount of time for a single domestic policy issue was unusual, perhaps unprecedented. He then went on the road to sell his idea.

In his 2006 State of the Union Address the president devoted only eight sentences to Social Security, two of them suggesting a new commission to study Social Security's future. The political oxygen so necessary for reform went elsewhere.

The lessons learned over these thirteen years are numerous: political, economic, financial and cultural. The United States Social Security system is the largest government program in the world, affects all Americans, and under today's law will not be able to provide promised retirement benefits. If not reformed, it may cripple our economy. We are not alone. About 130 countries have systems much like ours and all of them face the same challenges. This is a global problem and one that is unprecedented. But there is a solution, which if adopted, will provide opportunities as unprecedented as the problem itself.

William G. Shipman is chairman of CarriageOaks Partners LLC a Massachusetts-based consulting firm specializing in retirement finance. An advocate of Social Security reform in the United States, Mr. Shipman has testified before the House Ways and Means Sub-Committee on Social Security and co-authored Promises to Keep: Saving Social Security's Dream. He is Co-Chairman of the Cato Project on Social Security Choice, and was on the National Advisory Board of "Americans Discuss Social Security," a non-profit organization funded by the Pew Charitable Trusts to generate informed debate on the issue. Bill Shipman also served as a delegate to the White House Conference on Social Security. His research has been published by the Financial Analysts Journal, The Journal of Investing, the National Center for Policy Analysis, The Heritage Foundation and the Cato Institute, as well as numerous other publications, and was named one of its outstanding papers by The Journal of Investing.

Mr. Shipman has discussed and debated public policy issues before the United Nations and both the Joint Economic Committee and House Budget Committee Task Force on Social Security of the United States Congress, as well as the Australian Parliament. He has given well over 300 speeches across six continents and twenty-one countries and has
consulted on retirement finance reform with government officials from Australia, China, Poland, the United States and Russia as well as the European Commission. Bill Shipman was invited by the government of the Russian Federation to be a member of its Supervisory Council for the Institute for Social Insurance Development. And the Ministry of Labour and Social Security of the People's Republic of China invited him to be a visiting professor at the Ministry's Social Insurance Institute. The government of China has also published Promises to Keep in Chinese.

Prior to establishing CarriageOaks, Bill Shipman spent more than 30 years in institutional financial research, consulting and investment management. He was a principal of State Street Global Advisors, a Trustee of the SSgA Funds, a founding partner of H. C. Wainwright Co., Economics, and a general partner of H.C. Wainwright & Co. He serves on the Board of Directors of The Institute for Research on the Economics of Taxation, Washington, DC. Mr. Shipman received his degree in psychology from Syracuse University. A student of the martial arts, Mr. Shipman holds a 3rd degree black belt in Kempo Karate.