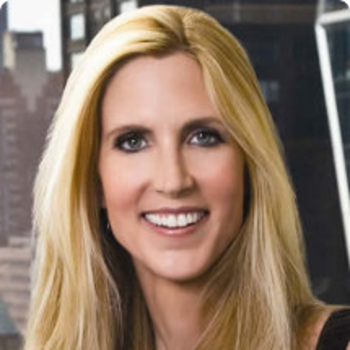 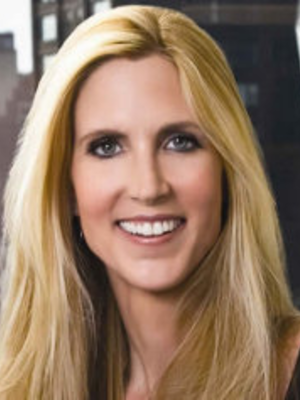 Ann Coulter is the author of THIRTEEN New York Times bestsellers -- Resistance is Futile: How the Trump-Hating Left Lost Its Collective Mind (2018); In Trump We Trust: E Pluribus Awesome! (2016); Adios, America! (2015); Never Trust a Liberal Over Three-Especially a Republican (2013); Mugged: Racial Demagoguery from the Seventies to Obama(September 2012); Demonic: How the Liberal is Endangering America (June 2011); Guilty: Liberal Victims and Their Assault on America (January 2009); If Democrats Had Any Brains, They'd Be Republicans (October 2007); Godless: The Church of Liberalism (June 2006); How to Talk to a Liberal (If You Must)(October 2004); Treason: Liberal Treachery From the Cold War to the War on Terrorism (June 2003); Slander: Liberal Lies About the American Right (June 2002); and High Crimes and Misdemeanors: The Case Against Bill Clinton (August 1998).

Coulter has more than 2 million followers on Twitter and writes a popular syndicated column for Universal Press Syndicate.