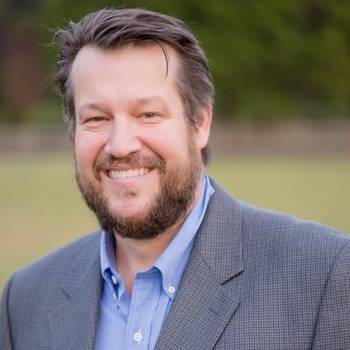 If the reason for failed marriages could be whittled down to one reason, then what would it be?

Rick Burgess of the popular Rick & Bubba (radio) Show believes the central reason is a lack of love for Christ.

“Most marriages end, not because two people don’t love each other enough; it’s usually because they don’t love Christ enough,” Burgess, a member of Shades Mountain Baptist Church, Vestavia Hills, tweeted to more than 24,000 Twitter followers in August.

Official reports indicate about half of the roughly 2 million marriages in the United States will end in divorce.

Is Burgess correct in his assessment that divorce is tied to a lack of love for Christ? If so, what impact is the Christian faith having on marriage?

“Our Christian faith tells us why marriage is important and valuable, because a Christian vision of marriage understands that it isn’t an evolutionary accident but a cosmic reality of a union,” said Russell Moore, president of the Southern Baptist Ethics & Religious Liberty Commission. “At a personal level our Christian faith shows us what it means to be faithful to love.”

But what is often preached from the pulpits is that Christians divorce at the same rate as nonbelievers, wrote Glenn T. Stanton, director for family formation studies at Focus on the Family in Colorado Springs, Colo. Stanton wrote about the issue in an opinion piece for Baptist Press in 2011. “It’s one of the most quoted stats by Christian leaders today. And it’s perhaps one of the most inaccurate.”

Sociologist Bradley Wright, who is a professor at the University of Connecticut, calls this statistic a “myth.”

“Because if a pastor wants to preach about how Christians should take their marriages more seriously, he or she can trot out this statistic to get them to listen to him or her,” he said in a 2011 USA Today article.

But what Stanton and Wright found when looking at the research more closely should encourage the Christian community, they said. They found that those Christians who attend worship regularly have a much lower divorce rate than those who do not attend church regularly. Stanton also adds that those who “read their Bibles and spiritual materials regularly; pray privately and together; generally take their faith seriously, living not as perfect disciples, but serious disciples — enjoy significantly lower divorce rates than mere church members, the general public and unbelievers.”

Think of it like a triangle, said Rod Marshall, CEO and president of Alabama Baptist Children’s Homes & Family Ministries (ABCH).

“If two people are both growing in their faith and growing closer to God, then they’ll grow closer together.

“Part of it is a theological understanding of the purpose of marriage, seeing marriage as a covenant rather than a contract,” he continued. “Accepting the teachings of Christ that marriage is intended to be permanent and to take that literally I think is a strong core value why a Christian marriage, theoretically, should be a stronger marriage.”

Moore agrees that Christian faith does make a difference to married couples staying together.

“Faith is at the root of who we are and what we believe is important,” he said. “A husband and wife who believe and pray together, who are joining themselves at the most intimate level (are more likely to stay together).”

Larry Daniels is a licensed family and marriage therapist who serves as a counselor for Pathways Professional Counseling, a ministry of ABCH. One of the verses Daniels uses when counseling engaged couples is 2 Corinthians 6:14, “Do not be unequally yoked with unbelievers.”

But not only are marriages more at risk when one spouse is a Christian while the other is not; Daniels has seen a negative impact when couples come from different denominations and differ on core theological issues.

For couples who want a successful marriage, Moore’s advice to them is “to see the importance of your marriage as a gospel picture of Christ and the Church.”

And when a couple makes that kind of commitment to Christ, it does make a difference, he said.

For more information on how to book Rick Burgess for your next event, visit premierespeakers.com/christian/rick_burgess

Want Rick Burgess for your next event?

October 30, 2013
Written by Kristen Padilla If the reason for failed marriages could be ...
Read more

Written by Kristen Padilla If the reason for failed marriages could be whittled down to one reason, then what would it be? Rick Burgess of the popular Rick &amp; Bubba (radio) Show believes the central reason is a lack of love for Christ. "Most marriages end, not because two people don't love each other enough; it's usually because they don't...
Read More