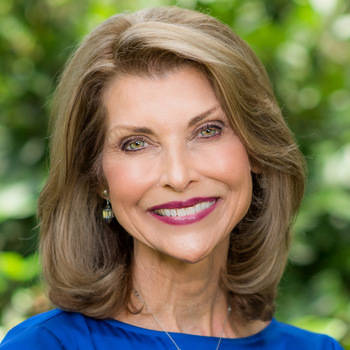 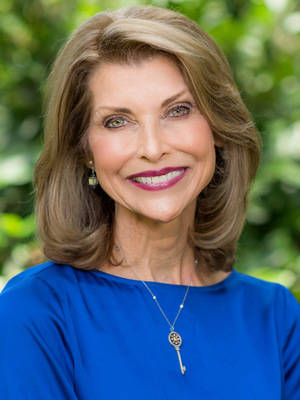 As the daughter of an army colonel, Pam Tebow lived all over the world until she was 17, when she entered the University of Florida. She set out to gain influence by building an impressive college resume with a long list of accomplishments, only to discover the emptiness of exalting self. Through a series of what she calls "God stories," Pam discovered the joy of investing herself in the lives of those in her sphere of influence. Her college resume ultimately included graduating with honors in Journalism and Communications and the shaping of her passion for life-impacting influence.

While in college, Pam met her husband Bob through a Christian organization that he helped to start on their campus. She was intrigued with his courageous faith and still is! Bob and Pam are thankful for the Biblical foundation for life and ministry they were taught during the college and grad school years. Their amazing God and His infallible Word have sustained them through many adventures during 40 plus years of marriage, with five children and eight grandchildren.

Known as "homeschool pioneers," Bob and Pam began teaching their children at home in 1982, before the term "homeschool" was coined. Pam thought if she submitted to her husband's "crazy" idea to homeschool, God would surely change his mind. But twenty-five years later, Pam retired. By God's grace, all five of their children were homeschooled from kindergarten through high school, and all five received college scholarships.

The Tebows lived for a number of years in the Philippines, where Bob continues to have an ongoing ministry, the Bob Tebow Evangelistic Association. BTEA supports 57 nationals, who preach the gospel throughout the Philippines and stimulate church planting. Through the preaching of the national evangelists and the Americans who accompany Bob on numerous mission trips, over one million people a year are professing their faith in Jesus Christ. Their orphanage, Uncle Dick's Home, has been home to scores of orphans since 1991. The Tebows also
have an ongoing ministry in several semi-closed Asian countries, where they encourage their national partners, teach at conferences, and support orphanages, Bible Schools, and a safe house they founded for rescued girls.

Pam loves speaking for women's events, prolife and other non-profit groups, and various events in many cities across the country. Her notoriety increased when her youngest son Tim, quarterback for the Florida Gators, became the first sophomore to win the Heisman Trophy. During the nationally televised Heisman broadcast, ESPN aired a portion of an interview that focused on her refusal to abort Timmy when she was advised to do so. She was given an instant national platform to encourage the prolife message. In 2010, Pam and Tim appeared in a Super
Bowl commercial that celebrated family and life, which according to a Barna Survey, resulted in 5.5 million people "having cause to rethink their stand on abortion." Pam has appeared on "Good Morning America" and other talk shows and won National awards, including the "Hope and a Future" in 2010, Eagle Forum's "Woman of the Year" and "Witness in the Public Square" in 2012, "Commission for Women's Inspiring Woman of the Year" in 2013, "Extraordinary Woman of the Year" in 2015, and "National Pro Life Recognition Award" in 2017.

Pam is passionate about encouraging people of all ages to trust the Lord with all their hearts for all their lives and use the incredible influence God has given them to eternally impact their world. This is the subject of her first book RIPPLE EFFECTS (Tyndale House Publishers) to be released Mother's Day 2019.