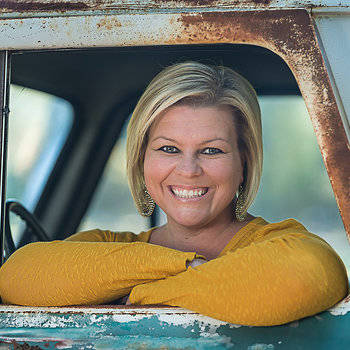 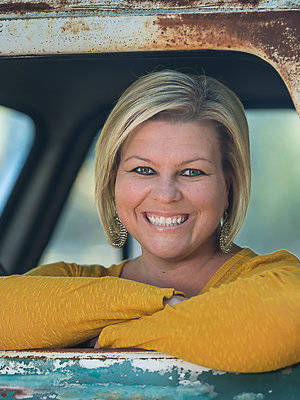 Mandy Young is a self-proclaimed southern, social butterfly who loves her family, friends, sweet tea, the color pink and most of all, the Lord. Her greatest joy is traveling the country sharing the story of her life or that of the challenges of Body Image. Whether she is speaking before thousands or to an intimate group of 25, her exuberance for Jesus never changes.

Mandy's life is different from most. For her entire life, she has suffered from massive life threatening infections while at the same time undergoing grueling, painful and exhausting immune studies in an effort to find out why she continued to get sick. After 13 years, in 2004 scientists at the National Institutes of Health diagnosed her with an IRAK4 Gene Mutation, and she became the only known person in the world with her exact genetic mutation. A mutation so powerful it continues to leave her vulnerable to life threatening infections. She has been hospitalized more than 100 times, for days, weeks, even months at a time, as doctors studied her and fought to keep her alive. Her illnesses began at the tender age of nine months old and have continued throughout her life. Her parents have been told on nine occasions that their daughter wouldn't live through the night and they should tell her goodbye. Instead, they fell to their knees and prayed for God to save their daughter. While their faith is tested daily, it continues to be the foundation of their family.

Mandy felt a push from God as He spoke to her heart, "I've given you a story to tell and a personality that has never met a stranger; share the story I've given you." Nothing in her life has ever felt more powerful. She obeyed His command and began to speak publicly in hopes of bringing others closer to Him.

Whether speaking to thousands at Turner Field standing on the Atlanta Braves dugout, at Angela Thomas' Beautiful Life Conference in Greensboro NC, speaking before hundreds at Chelsea Cameron's (Kirk Cameron's wife) bible study in California, at the Georgia Sherriff's Association Chaplain's Banquet in Savannah, GA, or at a small church in the mountains of Tennessee, Mandy feels blessed to travel the country and share the story God has given her.

Mandy's mysterious medical history and exuberance for life has been featured countless times nationally on shows such as CNN's Medical Mysteries, NBC Nightly News, The Montel Williams Show, EXTRA and in countless newspapers and magazines such as USA Today and Good Housekeeping. Actress, Co-Host, Best Selling Author and Producer, Candace Cameron Bure devoted a chapter in her book, "ReShaping It All" to her lifelong friend. Nationally acclaimed speaker, bible teacher and author Angela Thomas featured Mandy in "Be the Sunshine". Darlene Schacht, national speaker, blogger and author wrote about Mandy in her book "The Good Wife's Guide". Author, Speaker Joy Trachsel featured Mandy is her latest book, "The Great Cover Up".