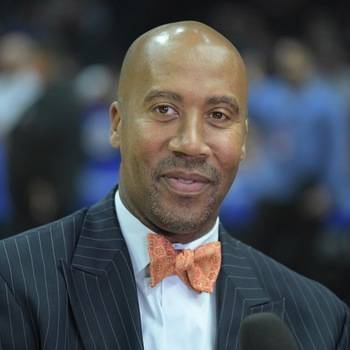 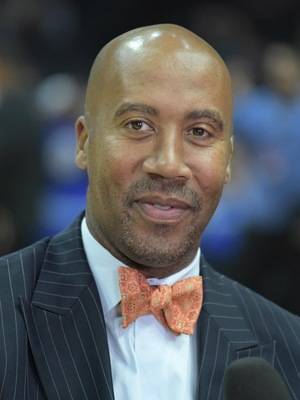 Bruce Bowen, a 14 year NBA veteran, eight of which were spent with the San Antonio Spurs, retired at the age of 38. He has recently begun working with ESPN as an NBA analyst as well as working as a motivational speaker. Along with the 14 years he spent in the NBA, Bruce also spent time in the French professional league and the CBA. Bruce was an integral part of three of the Spurs four championship teams. He was undrafted coming out of Cal State Fullerton in 1993 and pursued his professional playing career in France. In 2000, Bruce signed with the Spurs, beginning an eight year relationship where he would establish himself as one of the NBA's best defenders and perimeter shooters. Bruce, when announcing his retirement in San Antonio, said "It's not how you start but how you finish." Though his route may have been circuitous and challenging, Bruce's career has been very successful; he is a three-time NBA champion, a leader, and great community activist.

Bruce is currently an active member of Oak Hills Church in San Antonio, Texas, a non-denominational church, whose mission is to "help seekers of Christ experience God's grace and become fully devoted followers of Christ". He has spoken to audiences at the church regarding his life experiences as an NBA player and the impact that his faith has made on him personally. Bruce continues to work with Max Lucado, Oak Hill's Minister of writing and preaching to share his experiences and help advance the church's teachings.

As well as working with Oak Hills Church, Bruce also has worked with other faith-based groups to help enhance the lives of others. He has been a guest speaker for the Fellowship of Christian Athletes (FCA) in San Antonio. FCA is the largest Christian sports organization in the United States and it works with athletes and coaches, at all levels, hoping to make a difference in each community by "equipping, empowering and encouraging people to make a difference for Christ." He has also been a "Testimonial Speaker" for the San Antonio Rampage, the local AHL team. As a post-game speaker Bruce was working with the Rampage in order to raise money for the Children's Hunger Fund, which "meets the needs of hungry children by delivering Food Paks directly to their homes through networks of local ministries".

Although retired from the NBA, Bruce has retained an active and busy schedule. As well as his new found profession, Bruce is involved with several other charities and foundations, including his own Bruce Bowen Foundation. Bruce's most recognized charitable endeavor is his "Get Fit with Bruce and Buddy" program. In collaboration with local HEB grocery stores in San Antonio, the program promotes a healthy eating and active lifestyle for kids. Started in 2004, "Get Fit" holds monthly events to encourage the kids to participate and stay active. Perhaps the most influential element of this program is when two specially selected children, known as "Bruce's Buddies" are invited to a San Antonio Spurs game. Before the game he'll meet with the two kids and get down on his knee to connect fully with them on their level. After a few moments of chatting he gives them each a special Bruce's Buddy bracelet and stays to pose for pictures. Although Bruce's goals have never been to attract notoriety for himself, he has twice won the NBA's Community Assist program for his philanthropic efforts.

Bruce is also deeply involved in the Elf Louise program, providing Christmas gifts for San Antonio's less fortunate, and the San Antonio Alzheimer's Association. Bruce also has a free basketball camp every summer for the underserved children in Fresno, California, at his alma mater, Edison High, explaining, "We're not here to make the next Kobe Bryant or Kevin Garnett. I just want kids to have fun with the game of basketball as I did."

Bruce worked hard to get to where he is today and he's not about to take anything for granted. As he often says, "I appreciate where I am." A role model and a leader on and off the court, Bowen is the proud father of two boys Ojani and Ozmel Bowen.